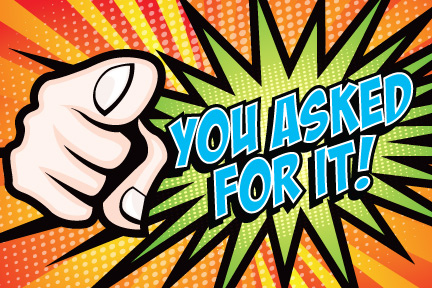 *** We apologize, but we were not able to record the audio of this message. Enjoy reading the manuscript in its entirety.

The church at large has been much to quiet about what God’s instructions are concerning sex. Therefore, I would hold the church at large somewhat responsible for the sexual crisis that our culture finds itself in. This crisis has not started recently as what is commonly referred to as the “Sexual Revolution” started in the 1960’s and from then on sexuality has tended to slowly drift away from God’s original plan for sex.

God’s word has a lot to say about sex as there are 70 references to sex in His word.

Where Did This All Start?

How did things get so messed up?

Genesis 3:6-13, “When the woman saw that the fruit of the tree was good for food and pleasing to the eye, and also desirable for gaining wisdom, she took some and ate it. She also gave some to her husband, who was with her, and he ate it. 7 Then the eyes of both of them were opened, and they realized they were naked; so they sewed fig leaves together and made coverings for themselves. 8 Then the man and his wife heard the sound of the Lord God as he was walking in the garden in the cool of the day, and they hid from the Lord God among the trees of the garden. 9 But the Lord God called to the man, “Where are you?” 10 He answered, “I heard you in the garden, and I was afraid because I was naked; so I hid.” 11 And he said, “Who told you that you were naked? Have you eaten from the tree that I commanded you not to eat from?” 12 The man said, “The woman you put here with me—she gave me some fruit from the tree, and I ate it.” 13 Then the Lord God said to the woman, “What is this you have done?” The woman said, “The serpent deceived me, and I ate.”

Adam and Eve’s sin caused sin to enter this world and its curse to be passed down from generation to generation including the generation that we are currently living in.

Because of Adam and Eve’s sin the flesh or human nature that each of us possess does not want to obey God. There is always a conflict in each one of us that goes something like this ……… God says this, but my flesh wants to do this and one or the other will win out.

I want to make the principle of overcoming any kind of sin clear. Overcoming sin will not be accomplished by trying harder and doing better. When we do that, we are only battling sin with our human abilities. Overcoming sin happens when we are growing in our relationship with God and depending on His power through his spirit to help us overcome our struggles with sin.

Genesis 2:22-24, “Then the Lord God made a woman from the rib he had taken out of the man, and he brought her to the man. 23 The man said, “This is now bone of my bones and flesh of my flesh; she shall be called ‘woman,’ for she was taken out of man.” 24 That is why a man leaves his father and mother and is united to his wife, and they become one flesh.

Hebrews 13:4, “Marriage should be honored by all, and the marriage bed kept pure, for God will judge the adulterer and all the sexually immoral.”

God created man, woman, marriage and sex. Everything God created was good and right. He also, gave parameters and commands for everything He created as to how they should be used. He made it clear that sex is reserved for those men and women that are married. Anything outside of those parameters is considered sin against God.

The Nitty Gritty About Sexual Sin

I Corinthians 6:18, “Flee from sexual immorality. All other sins a person commits are outside the body, but whoever sins sexually, sins against their own body.”

Now, science confirms exactly how sexual sin harms us: It damages your brain. Whether it be premarital sex, adultery, or viewing pornography, sexual sin alters our brain function and, when indulged in repeatedly, can lead to a seared conscience – an actual brain phenomenon that numbs us to guilt and conviction of our wrongdoing.

Men process most things through the eyes.

Before David committed adultery with Bathsheba, he fixed his eyes upon her beauty until his desire overcame him and he summoned his servants to go get her and bring her to him.

When a man looks at pornography his eyes become the doorway to his heart and mind. His heart and mind are literally captured by the images as endorphins are released in the brain and the mind needs more and more of the ecstasy with each subsequent viewing. Literally, the mind can never get enough.

Years ago, I was attending an AWANA children’s ministry leadership conference. One of the sessions was a men’s only session and the key note speaker said something I will never forget. He said men church leaders are falling at an alarming rate because of sexual sin. He went on to say, men when your eyes lock in on that cute waitress at the coffee shop you must pay your bill quickly, leave the coffee shop quickly and never go back. Then he finished by saying men you must protect your eyes in order to protect your hearts and minds.

In Every Woman’s Battle, Shannon Ethridge describes her emotional affairs with male friends. “Even though I wasn’t having sexual intercourse with any of these other men, I was still having an affair with each of them. . . . Fascination with Tom’s wit, Mark’s maturity, and Scott’s verbal talents affected my marriage in a way just as damaging as a sexual affair would have.”

The emotionally and sexually charged stories we read or watch on television are some of the primary ways women face temptation.

I recently did a survey of Christian women on the topic of lust and temptation. My results challenged the assumption that only men are tempted to sin sexually. Whereas men often face sexual temptations as much as every day, ninety percent of the women in my survey faced similar temptations.

“If lust is only described through men’s eyes, we won’t recognize it through our own.”

Teenage girls increasingly face severe peer pressure to participate in sexting because it’s considered a “normal” part of teen sexuality. As Stone puts it, “If I want him to like me, I have to do this. All the other girls would do this.”

I was raised with the ideology that sex before marriage was ok if the girl did not get pregnant. Then when I believed in Jesus Christ as Savior, I met a girl who was raised the same way, and we became sexually active. I did not know what the bible taught about sexuality and was just going by the ideology that I was raised with. Then I heard in church that sex outside of marriage was sin and it honestly kind of rocked my world. I called a good and trusted Christian friend and told him about my relationship and asked him what I should do? I thought I might be required to marry her since I had, had sex with her. He assured me that I did not have to marry her, but that I had sinned against God. Stopping having sex with her was not the issue and I stopped immediately, and I did not have sex with another woman until after I was married to my wife. The thing that I was not prepared for was the battle with self-gratification that followed. There has been much debate in Christian circles about whether self-gratification is sin, but I can tell you this from my own experience that it is very damaging. Seems innocent enough because like pornography it is an individual thing, but what was happening was the self-gratification produced a selfish spirit in me because it was all about my pleasure. I also, did not understand how that it was robbing the oneness that God desired for me to have with my wife. I can tell you for sure that there is a HUGE difference between the years I struggled with it and the years I have not. I now live in freedom and not shame and self-condemnation. I am free to love my wife in the oneness that God created and desires for those that are married.

Sexual sin kills intimacy and oneness with God and with our spouses. It also, hinders intimacy in our families and intimacy in future relationships for those that are single.

I can also, tell you that there is hope. Whether you’re a man or woman that is struggling there is hope. Through the power of Christ and the Holy Spirit you can be free, but it will take some effort and a lot of dependence on Him and not yourself to be free. As I said before, the key is not trying harder, but it is growing more.

I John 1:9, “If we confess our sins, he is faithful and just and will forgive us our sins and purify us from all unrighteousness.”

You first, need to be right with God and restore your relationship with Him and you then need to participate in the battle. Pure Desire ministries estimates that it takes 3-5 years for someone who is involved in sexual sin to be completely free from it. That is one of the reasons that we have such a crisis in our country sexually. However, if you want freedom you can have it and God will help you every step of the way.