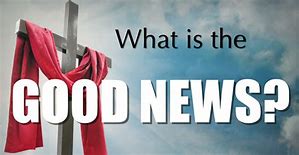 The company of the discouraged is a very noble company. Not too long ago, the Hayden Planetarium in New York City issued an invitation to all those who were interested in applying to be a part of the crew on the first journey to another planet. Eighteen thousand people applied. They gave the applications to a panel of psychologists, who examined them thoroughly and came to the conclusion that in the vast majority of incidents, those who applied did so because they were discouraged with their lives here and hoped they could find a new life somewhere else.

Discouragement becomes a very big issue during various seasons of life as we sometimes deal with some of life’s tough stuff. Listen and enjoy as Pastor Tom unpacks some biblical principles in how to overcome discouragement.

This sermon is part of a series called The Good News. There are 5 other sermons posted in this series.