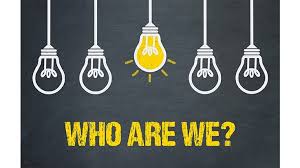 Mr. Jay Speights of America recently discovered that he is royal. He took a DNA test and the results popped up as being of royal descent. The funny thing is that Speights grew up in New Jersey. He lives in an apartment. He does not even own a car. But now he’s a prince.

NPR reports that he visited his long-lost country and was welcomed home as royalty. Another paper reported, “When he first arrived, he saw what looked like a festival, hundreds of people dancing and playing instruments and singing. It took him several minutes to realize it was a welcome party—for him.” Here’s an excerpt from his interview on NPR:

Steve Inskeep (host): Royal DNA? Mr. Speights is a prince in the small West African country of Benin. His family had been trying to learn the African side of their lineage for decades, and at last, he had an answer. So naturally, he got on a plane.

Speights: Next thing you know, I’m in Benin, being crowned as a prince. It was that easy.

Inskeep: The royal family prepared a festival for his homecoming. They hung up banners. They held a parade. And because the prince had no experience with prince-ing, the royal family sent him to a so-called prince school.

When we come to faith in Jesus Christ as Savior, we too become a member of sorts of a royal family. We are transformed from the darkness of being lost in sin to the marvelous light of being saved and redeemed by Jesus Christ. We also, then are ear marked as a child of God and that is where I come up with the term of becoming part of royalty.

This sermon is part of a series called Who Are We?. There are 4 other sermons posted in this series.